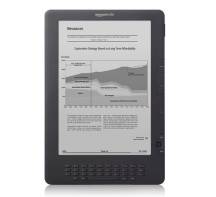 Difficult-to-read, disfluent fonts aid learning and memory retention, so what better time to update the fonts on your Kindle to something less comfortable?

Researchers found that, on average, those given the harder-to-read fonts actually recalled 14% more. They believe that presenting information in a way that is hard to digest means a person has to concentrate more, and this leads to "deeper processing" and then "better retrieval" afterwards. It is an example of the positive effects of what scientists call "disfluency". "Disfluency is just a subjective feeling of difficulty associated with any mental task," explained psychology Prof Daniel Oppenheimer, one of the co-authors of the study. "So if something is hard to see or hear, it feels disfluent... We'd found that disfluency led people to think harder about things."

The study above used the fonts Haettenschweiler, Monotype Corsiva and the dreaded Comic Sans (italicized) to decrease the legibility of printed text. These fonts can be found bundled with Microsoft software installations or online, although any TrueType or OpenType font loads just fine on my Kindle DX Graphite.

In an effort to replicate this experiment I've opted for Monotype Corsiva - it's more pleasing to the eye than the other two, whilst remaining a challenge to read due to its cursiveness.

(It's worth noting that this method won't provide any bold or italicized text as the same font is being used for all four style permutations, but for the purposes of befuddling your brain it probably doesn't matter. This has been tested on a Kindle DX Graphite but should work on any Kindle mentioned by the hack guide. And don't forget that you proceed with this hack at your own risk!)

So, how to change Kindle fonts? It's easy:

A new and possibly indecipherable font should now be visible for book text and menu items. You are ready for your own personal disfluency experiment!